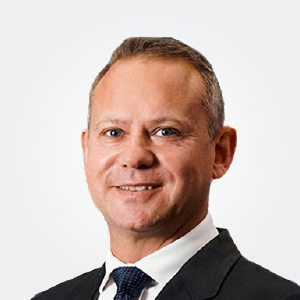 Fred was appointed as an attorney and notary in January 1999. He started his career with BOE as a credit control manager of large accounts and, thereafter, moved to FNB where he was head of corporate recoveries for the Western-, Eastern- and Northern Cape regions, as well as the Gauteng region. He was later appointed as national head of recoveries for FNB commercial.

He joined BDP Attorneys in 2012, with 18 years’ experience in the commercial, credit, and litigation fields of law. Fred has litigated in High Courts and Magistrates’ Courts throughout South Africa and received wide exposure to arbitrations and mediation as well as to all spheres of civil litigation. Fred’s approach to the law is based on finding the best solution that fits the needs of his clients.